The Southern Initiative Algebra Project conducted an intensive one-week Summer Institute from July 31-August 4, 2017 for Richmond Public School teachers from Armstrong High School and Thomas Jefferson Middle School. The focus of this professional development was The Polynomial Calculus Curriculum Framework, which is a scaffolding for the secondary mathematics sequence—Algebra I, Geometry, and Algebra II. It lays out for underserved, underperforming students a coherent and thematic developmental path from Algebra I through Geometry and Algebra II to College Calculus and Statistics. It incorporates both literacy tasks and the use of graphing calculator technology. It also leaves open significant curriculum areas for teachers to develop according to their district’s mathematics program.

Participants worked through an exploration of constant functions (and its salient geometric feature, area) as a foundation for Statistics and measures of central tendency and variability, and also linear functions (and its salient geometric feature, slope) as a foundation for Calculus and the tangent lines to non-linear graphs. A heavy emphasis was also placed upon problem solving in mathematics and the dispositions of learning that accompany effective problem solving. Overall, the 5-day workshop provided both a review of fundamental concepts from the first three years of the secondary mathematics curriculum. 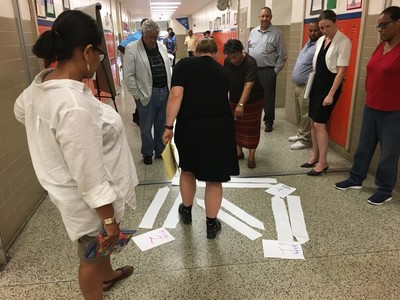 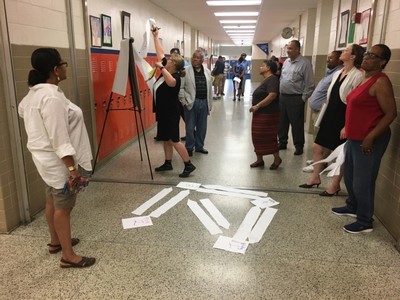 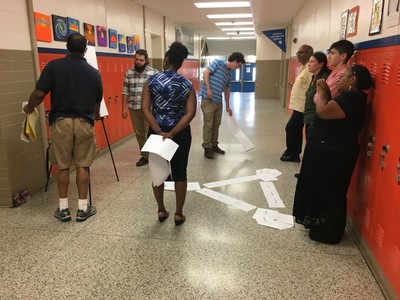